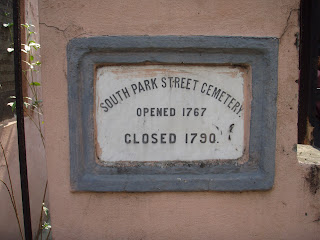 Funny how a cemetery can be such an interesting place?  I had the same experience last year in Buenos Aires where an old cemetery kept me entertained for a few hours (Irish connections, naturally). After a long walk in hot, hot weather, I arrived at the South Park cemetery located in the heart of the city to search out another Irish connection: Charles 'Hindoo' Stewart.

Major-General Charles Stuart (c. 1758 – 31 March 1828) was an officer in the East India Company Army and is well known for being one of the few British officers to embrace Hindu culture while stationed there, earning the nickname Hindoo Stuart. He was allegedly the son of Thomas Smyth (eldest son of Charles Smyth (1694–1783), MP for Limerick, and Elizabeth, daughter of Sir Thomas Prendergast, 1st Baronet).  In his teens, Stuart left Ireland for India, where he remained for the rest of his life, embracing the Hindu culture and eventually earning his nickname. Starting as a cadet, he rose through the ranks to become a Major-General.

Major V. C. P. Hodson's biography of Stuart mentions that he "had studied the language, manners and customs of the natives of this country with so much enthusiasm, his intimacy with them ... obtained for him the name of Hindoo Stuart".

Stuart adopted several Hindu customs, including bathing in the Ganges at Calcutta every morning, amassing a collection of deities as well as Indian clothes. He even encouraged European ladies in India to adopt the sari (through "frequent and vigorous" contributions to the daily Calcutta Telegraph in the year 1800) and Indian sepoys to wear full mustaches on parade. His commander-in-chief "ticked him off" due to his partiality towards sepoys sporting "Rajput mustaches or brightly colored caste marks on their foreheads".
He published his letters extolling the virtues of "elegant, simple, sensible, and sensual" Indian saris vis-a-vis "the prodigious structural engineering Europeon (sic) women strapped themselves into in order to hold their bellies in, project their breasts out and allow their dresses to balloon grandly up and over towards the floor" along with some replies by "outraged" white women in a "deliciously silly volume" entitled The Ladies Monitor, Being A Series of Letters First published in Bengal On the Subject of Female Apparel Tending to Favour a regulated adoption of Indian Costume And a rejection of Superfluous Vesture By the Ladies of this country With Incidental remarks on Hindoo Beauty, Whale-Bone Stays, Iron Busks, Indian Corsets, Man-Milliners, Idle Bachelors, Hair-Powder, Waiting Maids, And Footmen. Some of the reasons he cites for European women to give up iron busks are: Firstly wearing iron busks makes women highly susceptible to lighting strikes (exhorting them with sentences such as "This is no laughing matter ladies for I am absolutely serious"). Secondly by discarding iron busks from their wardrobes, European women would immensely enhance the supply of iron in Bengal for farmers who desperately need new wagon wheels.

Stuart died on 31 March 1828 and was buried with his idols at the South Park Street Cemetery in Calcutta[4], in a tomb which took the form of a Hindu temple.

Don't you just love the Irish?!

Two other epitaphs typical of the cemetery: 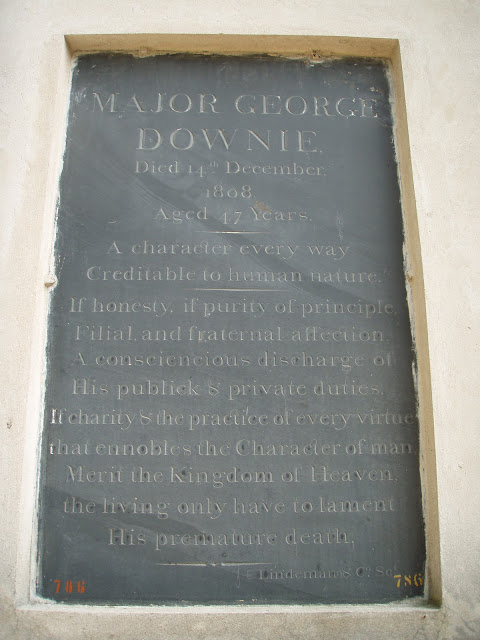 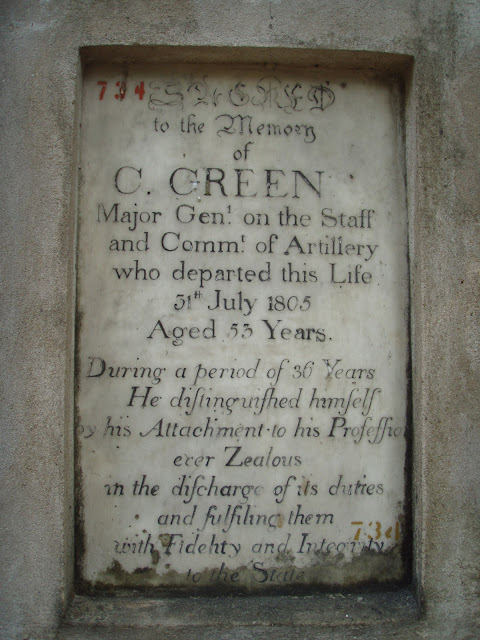